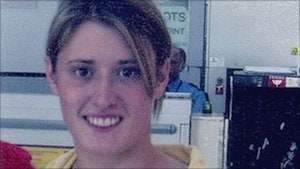 News of the recent disappearance of crewmember Rebecca Coriam, 24, from a Disney ship, while sailing off the coast of Mexico, has prompted a review of a change in law to allow UK authorities to investigate missing British nationals on vessels registered abroad. According to BBC news , Bahamian police did not investigate for 3 days, prompting Stephen Mosley, City of Chester, Minister of Parliament, to question , “how could we have allowed this to happen to a British citizen?”

Unfortunately, this is not an uncommon occurrence on cruise ships. Unknown to many is the foggy role of the agencies responsible to investigate these at-sea crimes (shifting between local US police, the FBI, local foreign authorities, or Bahamian police – i.e., typically due to the registry of the vessel.) The sad result is a delay in investigation, which potentially harms the value of evidence, the availability of witnesses, and the quality of the investigation. Ms. Coriam’s family may never learn the truth due to this delayed and possibly botched investigation.

Holzberg Legal recently arbitrated a case involving a foreign seaman who was repeatedly abused and beaten by fellow seaman during the early morning hours on a Royal Caribbean ship in Alaskan waters; we believe that the delayed response, and involving Alaskan police and the FBI, who relied heavily on the shipboard investigation of the Staff Captain, doomed the investigation to failure, with no charges ever being filed against the attackers. We believe that we identified the attacker, but will never know due to shoddy investigation. Fortunately, we are awaiting an arbitration award in our Bosnian seaman client’s favor, and will report soon when obtained.

At a time when incidents of sexual assault, rape, violence, and disappearances continue, United States laws, if anything, are becoming less favorable to claimants, certainly towards crewmembers such as Rebecca Coriam and her family. Congress is currently considering a bill, which will virtually eliminate rights of foreign seaman to file suit or arbitrate in the US and apply US law, despite over 100 years of precedent to be discussed in future posts.