Hello, Global World! My name is Glenn J. Holzberg. I am a maritime and personal injury lawyer in Miami, Florida, who this week, also christens our new website, Global Home – the host of Holzberglegal.com. We tried to smash a champagne bottle against a hull in cyberspace but oddly we missed. For those who don’t understand this tradition, it is customary for a shipowner, including cruise lines, inaugurating a new ship to have a ceremony before the ship is about to be launched for the first time by smashing a bottle of champagne against the hull. If the bottle doesn’t smash, it’s said to be bad luck. See for example, one of my favorite movies, K-19, The Widowmaker , when the Russian crew stood aghast as the bottle didn’t shatter and they all muttered, “We’re cursed.” Alas, I now have no choice but to smash a bottle of my office wall, or my blog too will be cursed.

You may ask, why another blog about cruise law and the maritime industry, from a passenger and crew perspective? My good friend, fine Maritime lawyer, and colleague, Jim Walker, already writes the incredible Cruise Law News , which just celebrated it’s two year anniversary. As you can see how quickly I can turn on a dime, it took me only two years to catch up, though I must say, with Jim’s encouragement. So why another blog? 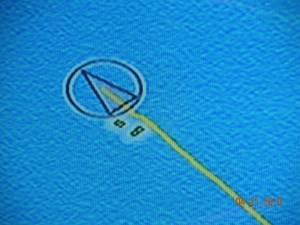 I have always considered myself, above all, a teacher and mentor who secretly desires to be the second most popular law professor (too much pressure being number one, and no room for growth) on a great campus where the young kids line up like following the pied piper to catch bits of my knowledge. Today’s internet is the largest college campus in the history of the world, so here I am. This has been a quiet week in the maritime business, from an outsider’s perspective. I was recently struck by The MS Nordlys fire killing two crewmen in its engine room – not by what happened but by how the news surrounding the story was handled. Both Norway’s Hurtigruten Line and investigating police quickly announced suspicion of an onboard explosion and were apparently candid about the number of injured and dead. “Our suspicion is that there was an explosion in the machine room,” local fire chief Skovly announced.

Contrast that with the attitude and information that we generally obtain in our typical cases – secrecy, concealment, denials, and stories plainly contrary to what our own clients and potential clients tell us. My own recent experience with the severe storm damage on Royal Caribbean Cruise Line’s Brilliance of the Seas in December 2010 off the coast of Egypt, and the listing damage to the Carnival Ecstasy in the Gulf of Mexico on April 21, 2010, suggests otherwise. Clients and other passengers describe a nightmarish situation, while the cruise line’s initial response is to minimize the damage, and exert incredible spin control, which would make any political operative proud. In future posts, there are many things I’d like to share with you: legislative efforts or lack thereof to clean up some of the most abusive laws harming passenger and crew member’s interests in pursuing legitimate injury and death claims – or example, the Death on the High Seas Act (DOHSA), which severely limits survivor’s recovery for pain and suffering, loss of a spouse or parent, and what the law refers to as non-economic damages; the shameful case of Carnival v. Carlisle , which effectively allows ship’s doctors and nurses to commit some of the worst acts of medical malpractice with virtual impunity; and the current hot-topic in the South Florida Maritime Bar, the continuing deterioration of the rights of crewmembers to pursue their claims in court, by a jury trial, in the United States, and to apply U.S. General Maritime Law to their claims (the cruise line desired alternative, Arbitration, and its twisted interpretations which are having a chilling effect on crewmember’s rights against which a small handful of South Florida Maritime lawyers are fighting back.)

On a lighter note, there is my story about barging into the Maritime and Cruise ship Bar in South Florida from a Personal Injury Background, with a love for cruising and travel, and a fascination for this obviously growing industry which will be a topic of many future discussions. Anyone remember the tiny articles in the back of magazines – “Draw this Cat” to enter into Art School? If you have the right stuff, “Draw this cruise ship”, anyone? (My daughter and associate attorney, a frequent blogger in her own world, GlitterInc.com , suggests this is a terrible joke. I’m keeping it!) 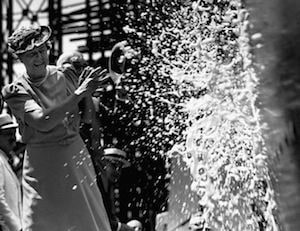 More to come in the near future … I am excited about this blog and its prospects. See you soon and I hope the comments, both positive and negative, flow freely, since that free-flow is the beauty of the internet. I hereby christen thee, the Holzberg Legal Blog. Bon voyage!

(Anyone Hear the smashing champagne bottle against the hull ??).