NCL to Allegedly Shake up Cruise Industry With “Cost Saving” 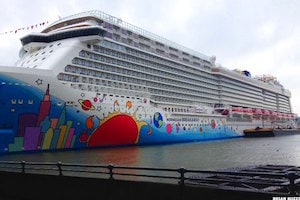 I read an interesting article today published by Brian Sozzi, of www.thestreet.com, a website not co-founded by Jim Cramer, that follows the stock market. The article, entitled – How Norwegian Cruise Lines New CEO plans to shake up the Cruise Industry – was from an investing perspective, more CEO marketing, but troubling as a maritime lawyer. New NCL CEO Frank del Rio, former founder of Oceania Cruises, joined NCL when Prestige Cruises International (owners of Oceania and Seven Seas) was acquired by NCL.

What caught my eye was del Rio’s frequent reference to cost savings and increasing stock price by both increasing revenues and decreasing expenses. del Rio referred to “an obsession by execs with ordering new ships every few years”, “a focus on driving revenue and suppressing costs – you don’t win the game by doing one and not the other”, and I believe in (employing) fewer people (that are) more incentivized, well – compensated and have brought responsibilities”.

While del Rio’s views on ship deployment, seasonality and less “seven-day milk runs” may very well make stockholders happy, I question whether these related cost-saving attitudes will sacrifice passenger safety in the hands of fewer crew. Moreover based on my experience, it is highly unlikely the rank-and-file crew, those who you the cruise consumer primarily interact with, will benefit from higher salaries and incentivized earning structures.

Note del Rio’s views on expanding the cruise industry and Cuba. In his view, despite an admittedly weak infrastructure (“hotels, restaurants and roads”), he is not concerned because “we bring our own infrastructure with us, (because) when we visit we don’t need anything … Just a couple of buses so we can bring people to the sites).

How do you feel as a passenger knowing that this is the type of diligence that may very well be undertaken, under the protection of independent contractor provisions in your ticket, insulating the cruise lines from liability for foreign vendors such as Cuban bus operators who seriously injure passengers, while bringing you and your family “to the sites”?

image via The Street | By Brian Sozzi