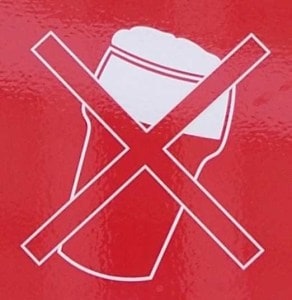 Norwegian Cruise Lines (NCL) has announced that effective July 15, 2016, it will for the first time ban passengers from bringing their own beverages onto vessels and must buy all drinks they consume on board directly from NCL at ships bars. Why it took this long for NCL to act is troubling. It is been known for years that passengers hide alcohol, sometimes in very creative ways, in their luggage to save money, especially passengers under age 21.

For example, college-age kids mask liquor in Listerine and Old Spice bottles containing clear liquors dyed blue or green; a popular way for spring breakers to get liquor past port and ship security, and onto NCL and all the major cruise lines ships (e.g.:Carnival, Royal Caribbean, Princess and Holland America).

Written policies contained in the ships operating manuals are required under Maritime Law, International Treaties (the “ISM Code”) , and International Maritime Regulations (“IMO’s”) for all passenger vessels carrying over 500 passengers. All the major cruise lines have operating manuals known as Safety Management Systems Manuals (SMS). All of the major cruise lines have known that alcohol contributes to injuries accidents attacks, and rapes on ships for years.

Anybody who’s been on a cruise ship knows how many bars serving all varieties of liquor are available. What many do not know is that there is typically a crew bar below decks open only to crew members and sometimes a crew bar available to higher-ranked officers and not to the typical crew member. Over service of alcohol has been a contributing factor in thousands of injury incidents on all cruise ships, including slip and trip and falls on wet decks, worn surfaces, raised thresholds, torn carpeting, uneven elevator doors, sliding glass doors, as well as many others.