Still No Justice for Victims of the Costa Concordia Sinking 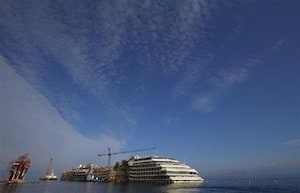 News outlets are reporting that a diver has died during Costa Concordia salvage works. The 114,500-tonvessel hit rocks off the ship’s course on January 13, 2012. It was hauled upright in a complex “parbuckling” operation in September but still rests where it capsized, just outside the holiday island’s small port.

Another tragedy and still no justice for the overwhelming majority of Victims 2 years later, while Costa’s US and Italian Lawyers delay delay delay. Many clients and other victims still experience nightmares, re-traumatizations from simple activities of daily living – like seeing bodies of water, crowded trains buses and elevators – and exhibit, common signs of Post Traumatic Stress Disorder (PTSD), now considered chronic by the widely cited DSM V manual for diagnosing psychological disorders.