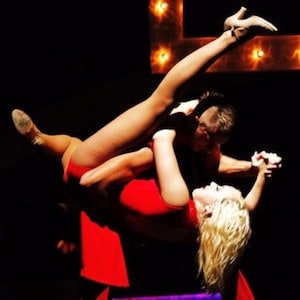 Holzberg Legal has been representing Manchester UK dancer Jessica Holman, who was dropped by her male dance partner from a full leg split position during a performance onboard the Celebrity Infinity. (Her story was told this past week in the Manchester Evening News.) Jessica suffered serious hip and groin injuries requiring multiple surgeries and extensive therapy. We allege that her treatment was delayed and that she was made to dance after the injury, exacerbating her injuries. Jessica and several other production dancers will testify that the male dancer was known by many dancers, and their supervisors, to be behind the others in choreography and timing. Several had expressed concern about dancing with him to Celebrity Production Staff. We allege that because Celebrity took no action, they were negligent. Under General Maritime Law, an incompetent crew member, even one in the production crew, renders the crew unseaworthy, which we have also alleged and intend to prove.

Jessica can no longer dance, which was a lifetime goal, as she pursued these dreams since childhood with great success. Jessica had plans to be a professional dancer with a career in the West End, London’s Broadway equivalent, and then ultimately, teach dance, hopefully at her Alma Mater, the Phil Winston’s Theatreworks College.

I will be traveling to London and Manchester in the Fall of 2014 to take up to 10 – 12 sworn statements (arbitration’s equivalent to depositions) of co-workers, supervisors, the production company who hired Jessica and the male dancer and many others in the production, and Jessica’s doctors and therapists. We anticipate arbitration before arbitrator Scott J. Silverman of JAMS, retired 11th Judicial Circuit Court Judge, in late Fall of 2013.